The time allocated for each speaker of accepted papers is 20 minutes (15 minutes presentation followed by 5 minutes questions and answers).

All times without a time zone are in Japan Standard Time (JST), UTC+9

Learning and Forecasts in Autonomous System

The complexity of modern autonomous systems has grown exponentially in the past decade. Today's control engineers need to deliver high performance autonomy which is safe despite environment uncertainty, is able to effectively interact with humans, and improves system performance by using data processed on local and remote computing platforms.

Employing predictions of system dynamics, human behavior and environment components can facilitate such task. In addition, historical and real-time data can be used to bound forecasts uncertainty, learn model parameters and allow the system to adapt to new tasks.

Our research over the past decade has focused on control design for autonomous systems which systematically incorporate predictions and learning. In this talk I will first provide an overview of the theory and tools that we have developed for the designing of learning predictive controllers. Then, I will focus on recent results that use data to efficiently formulate stochastic control problems which autonomously improve performance in iterative tasks. Throughout the talk I will show the benefits of the proposed techniques by presenting real-world implementations in the area of connected and automated cars, collaborative robotics and large scale solar power plants.

Francesco Borrelli received the `Laurea' degree in computer science engineering in 1998 from the University of Naples `Federico II', Italy. In 2002 he received the PhD from the Automatic Control Laboratory at ETH-Zurich, Switzerland. He is currently a Professor at the Department of Mechanical Engineering of the University of California at Berkeley, USA. He is the author of more than one hundred fifty publications in the field of predictive control. He is author of the book Predictive Control published by Cambridge University Press, the winner of the 2009 NSF CAREER Award and the winner of the 2012 IEEE Control System Technology Award. In 2016 he was elected IEEE fellow. In 2017 he was awarded the Industrial Achievement Award by the International Federation of Automatic Control (IFAC) Council.

Since 2004 he has served as a consultant for major international corporations. He was the founder and CTO of BrightBox Technologies Inc, a company focused on cloud-computing optimization for autonomous systems. He is the co-director of the Hyundai Center of Excellence in Integrated Vehicle Safety Systems and Control at UC Berkeley. His research interest are in the area of model predictive control and its application to automated driving and energy systems. 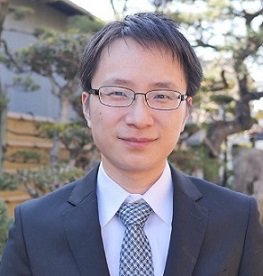 An effective approach to understanding large complex dynamic systems is to reduce their sizes, or decompose their monolithic structures into simpler components. In this talk, we introduce an algebraic framework for property-preserving structural reduction and decomposition based on congruences, i.e. binary relations that respect system dynamics. Given a dynamic system with a property of interest, we construct a congruence for the property and show that the corresponding quotient structures yield reduced or decomposed structures which preserve that property. We illustrate the generality of this framework with two existing methods as examples: bisimulation based reduction in hybrid control and supervisor localization in discrete-event systems. Finally we introduce an application of this framework in multi-robot systems.

Kai Cai received the B.Eng. degree in Electrical Engineering from Zhejiang University, Hangzhou, China, in 2006; the M.A.Sc. degree in Electrical and Computer Engineering from the University of Toronto, Toronto, ON, Canada, in 2008; and the Ph.D. degree in Systems Science from the Tokyo Institute of Technology, Tokyo, Japan, in 2011. He is currently a Professor at Osaka City University. Previously, he was an Associate Professor at Osaka City University (2014--2020), an Assistant Professor at the University of Tokyo (2013--2014), and a Postdoctoral Fellow at the University of Toronto (2011--2013).  Dr. Cai's research interests include discrete-event systems, cyber-physical systems, and networked multi-agent systems. He is the co-author (with W.M. Wonham) of Supervisory Control of Discrete-Event Systems (Springer 2019) and Supervisor Localization (Springer 2016). He is serving as the Chair for the IEEE CSS Technical Committee on Discrete Event Systems and an Associate Editor for the IEEE Transactions on Automatic Control. He was the recipient of the Pioneer Award of SICE in 2021, the Best Paper Award of SICE in 2013, the Best Student Paper Award of the IEEE Multi-Conference on Systems and Control, and the Young Author’s Award of SICE in 2010.